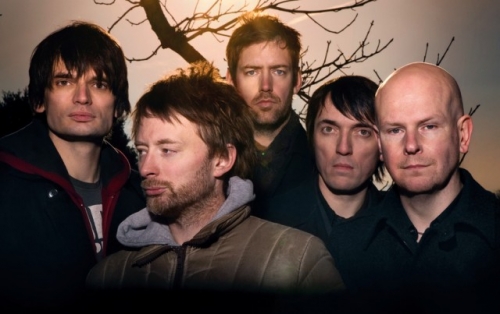 Radiohead Caution Fans Not To Buy Concert Tickets From Resellers

After their headlining world tour sold out within hours of tickets going on sale Friday morning, Radiohead sent a series of tweets warning fans to take precautions when buying tickets from resellers.

Thom Yorke also sent a rather grim tweet Friday morning from his personal account after the band's seven headlining European dates sold out. Despite the tweet's tone, it's hard to determine just who Yorke is upset with.

For fans that didn't get a chance to purchase tickets this morning, there are still a handful of festivals around the world that Radiohead will be headlining with tickets still available. Consequence of Sound reports that Radiohead will join the Red Hot Chili Peppers and LCD Soundsystem as headliners for Lollapalooza 25th anniversary this July in Chicago.

Yorke and company are also expected to release their ninth studio album sometime this year. When announcing the band as their headliner, Primavera Sound festival in Barcelona promised, "The presentation of the new album by the British band Radiohead" according to Rolling Stone. This would be the bands first record since 2011's excellent King of Limbs.

Radiohead's full tour dates can be found here on their website.