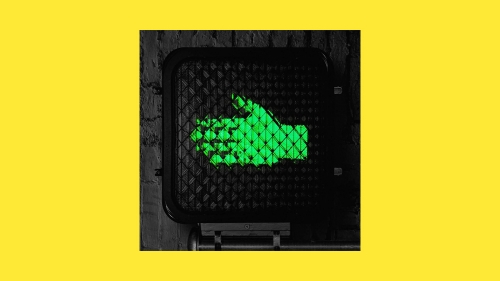 Review: The Raconteurs' Triumphant Return With "Help Us Stranger"

Nine long years ago Brandon Benson, the soft side of The Raconteurs' double-threat guitar and vocals, stated in an interview that he "thinks we're all just really focused on other things.  It will come around and we'll get together again and hang out and maybe make a record or maybe not."

In 2011, Benson, of solo fame, Jack Lawrence, of Greenhornes and Dead Weather fame, Patrick Keeler, of Greenhornes fame, and the unstopped Jack White reunited for a small string of shows (including one anthologized by a Third Man Vault release) breathing new life into the shortly dormant rock and roll outfit.  While that run of shows was memorable, at least for lucky owners of limited Vault live albums, they did not deliver new music from The Raconteurs.

Fast forward to late Fall 2018; nestled inside an exclusive Vault reissue of their second LP, Consolers of the Lonely, fans find a 7" single with the first new songs from The Raconteurs in ten years: the double-A single "Sunday Driver" and "Now That You're Gone."  This early taste delivers an all too familiar take on classic rock from four guys that are really, really good at making classic rock.

What's exciting then, the long awaited release of Help Us Stranger is not so much how familiar these twelve songs sound, nor how comfortable Benson, Keeler, Lawrence, and White sound together, but how surprisingly fresh their take on classic rock sounds.  Dipping into the sludge of Dead Weather's black magic (like "What's Yours is Mine," a real string ripper from White) or the garage-psych of early White Stripes ("Don't Bother Me," "Bored and Razed"), echoing roots and Americana rock in Benson's solo or the Greenhornes' wheelhouses ("Shine a Light on Me," "Only Child") the band really explores a diverse soundscape for thrilling returns.

Help Us Stranger somehow manages to meet the colossal expectations put on a ten year hiatus from a hotly anticipated and beloved super-group.  Experimental and proggy, without the potentially off-putting abstraction (I'm looking at you, Boarding House Reach), The Raconteurs' third record demands your attention, delivering forty solid minutes of rock and roll music you may have forgot you needed.

The (almost) title track asks its audience: "Brother, can you spare the time?" and after hearing this triumphant return, we enthusiastically say yes.  The Raconteurs may ask of us "help me, stranger / help me get it off my mind," but we know them all too well.