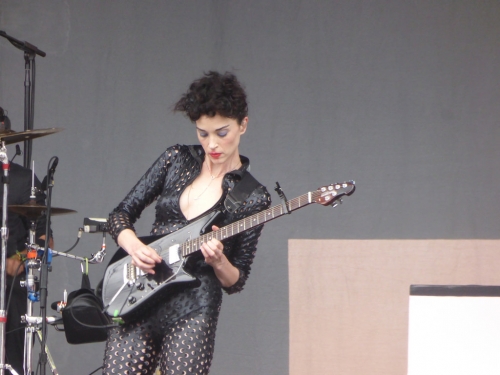 We've heard a lot of people asking about St. Vincent's girlfriends, so we've gone ahead and listed them all below. That's right, an entire news article dedicated to St. Vincent's ghosts of girlfriends past. First, let's find out about the artist and get an understanding of why she is so well-known and highly acclaimed. Reader Tip: read to the end, that's where it gets juicy.

Born as Annie Clark, she performs under the stage name St. Vincent. As an artist, she is a much-loved singer-songwriter, and hugely talented multi-instrumentalist. With all that ability (and training from the Berklee College of Music), she has released four solo albums. The self-titled album, St. Vincent, won a grammy for Best Alternative Album in 2014 – the first solo female artist to win that category in 20 years. Since then, she has been fairly quiet up until releasing the single, "New York," in 2017.

With the accolades mentioned one would think she could date whoever she likes, so let's jump in and see if this is so.

Lissy Trullie is a singer-songwriter and former model. The reason why she's on this list is because she dated St. Vincent for two years. During these years, St. Vincent was known for being private about her relationships and so, there is not a lot of information available about the duo.

Portlandia star, Carrie Brownstein has many titles – musician, model, writer, actress, director, comedian and former girlfriend of St. Vincent. Again, these two were not greatly public about their connection, with the only real shred of evidence being St. Vincent's appearances in Portlandia.

Well-known model, Cara Delevingne, who also acts in several movies, the most recent being Valerian, is possibly St. Vincent's most public relationship. For members of the LGBTQ+ community, it is more difficult to be open about one's relationships, but it appears as though Delevingne was the right partner with which St.Vincent could come out to the public. The pair dated for two years and were on and off a few times throughout, ending in 2016. The public came to know and love them as a couple, and that is why St. Vincent's next relationship came as a shock to some.

Most are familiar with the somewhat expressionless actress, Kristen Stewart, but if you're just here for St. Vincent then you'll know her as one of the girlfriends. On top of dating, the two worked together on Stewart's directorial debut, Come Swim, with St. Vincent composing the soundtrack. They made their red carpet debut at the CFDA/Vogue Fashion Fund, and shortly after, former girlfriend, Delevingne, posted a photo of her brand new tattoo from Dr. Woo – a snake. Put two and two together to guess what that could mean, or if you're not a fan of maths listen to some St. Vincent below. 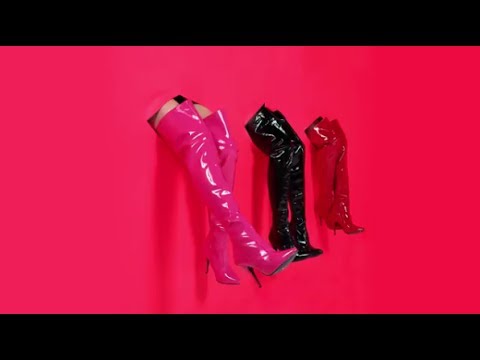