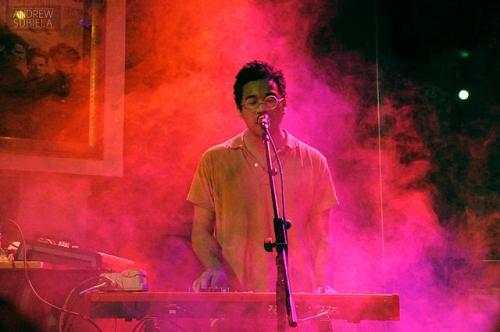 Toro Y Moi is set to release his new album Boo Boo, however, not today. Why is it then that fans are already reviewing the album? Well, it looks like Toro Y Moi's new album, Boo Boo, has leaked.

We're not going to comment much on the album as a whole until the official release, however, with two singles already out there, it's looking like a positive review is on the horizon. "Girl Like You" and "You and I" - the two singles off of Boo Boo - did much in the way of exciting fans for the release.

It's not a surprise then, that every one is scouring the net for the leak. A Reddit user has commented on the album, saying that it has "heavy Causers of This vibes but the sound is more quiet and contained. Pretty great album from Chaz."

We can't help you any more than sending you here.

Ok, maybe we can also send you here ;)

(You clicked didn't you?)

Maybe it's because Toro Y Moi is so quiet at the moment - with only one show - that fans reacted the way they did to the leak. His only show at the moment is on July 8, at Company Pop in Oakland, CA.

And to end off: do what you must for that download, zip, rar etc. but check back in here for more news about Toro Y Moi and news about  on the official release.