Oh Mercy's mercurial mastermind Alexander Gow has never been one to embrace the regular, and his latest album showcases his ever-shifting musical mind. Deep Heat is a vast change from the Melbourne band's previous acoustic pop tendencies (heard on their first two albums) -- it embraces the swagger of glam-rock, blues, disco and even reggae.

What this album has in spades is groove, and lead single "Drums" is a perfect example of the band's new direction. Gow's falsetto tones link perfectly with the driving bass and stripped-back percussion "“ grimy is a word which comes to mind.

Recorded in Portland with respected Australian producer Burke Reid, Deep Heat is a hugely enjoyable album, one which really grows on the listener... and "Drums" is the best of the bunch. 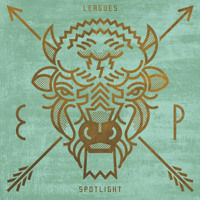