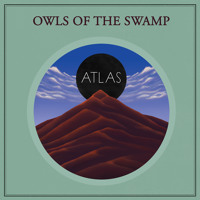 Owls of the Swamp Garden

Hugh McClure
Published:
Feb 17, 2014
Total plays:
10,297
Saved:
191 times
Sounds like: Bon Iver, Volcano Choir, S. Carey
Tags: folk, dream pop, indie folk
Why do we like this?
Globe-trotting singer/songwriter Owls of the Swamp (Pete Uhlenbruch) has been one of my go-to folk acts over the past 12 months. Despite calling Melbourne home, Uhlenbruch has spent most of his recent time abroad, writing and recording his new album Atlas throughout Europe (The UK, Germany, Iceland).

We've already heard one track off the record, with "The Hypnotist" coming out last year. Now, before the album's release, Indie Shuffle are pleased to bring you the premiere of his second single "Garden."

Continuing in the same vein, Uhlenbruch has again produced a magical, dreamy track. His style has developed over the past year or so (his earlier material follows a more typical folk pattern), and this newer work sees a much fuller sound. Combining his noted guitar work with a myriad of accompanying elements (live instrumentation, electronics and rhythmic programming) to create a wonderous soundscape, Uhlenbruch's emotively honest vocals come to the fore.

Like "The Hypnotist," it's got a definitively Scandinavian feel to it -- not surprising given where the album was pieced together! Uhlenbruch has again highlighted his standing as one of the more underrated folk musicians around on this new track, and we're so happy to be able to support artists like this. Atlas is due on May 6th via Labelship.
- Google Hugh McClure
Streaming source: https://soundcloud.com/owlsoftheswamp/garden/s-osbbT
TOUR DATES
View all X tour dates for .

OWLS OF THE SWAMP