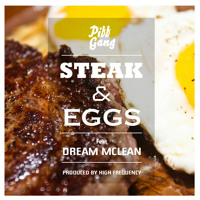 Tobias Handke
Published:
Nov 19, 2013
Total plays:
13,707
Saved:
142 times
Sounds like: Fliptrix, Knytro, Cynikal
Tags: hip-hop, male rapper, electronic hip-hop
Why do we like this?
Hip-hop collective Piff Gang are creating a real buzz in the UK scene, and with their highly anticipated mixtape Pizzy set for release next week, the lads released the film clip from the head bobbing "Middle Finger," raking up over 2,000 views just hours after it premiered.

Today, the crew have dropped another taste of what we can expect from the mixtape in the form of the dream-like "Steak & Eggs." Featuring bars from Don Silk, aka Milkavelli, Phaze What, and a special appearance from Dream Mclean, this is hazy, stoner rap with a conscious. All three MCs have their own distinct vocal tells, but for me, it's Silk's somber opening verse that stands out. That said, as a football fan, I did enjoy Mclean's "painting the whole town red/like I'm Howard Webb," line from the final stanza.

You can cop Pizzy November 25, but until then, check out more of Piff Gang here.
- Google Tobias Handke
Streaming source: http://soundcloud.com/piffgang/steak-eggs-featuring-dream
TOUR DATES
View all X tour dates for . 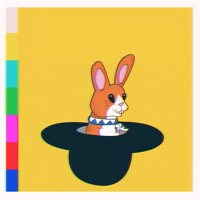