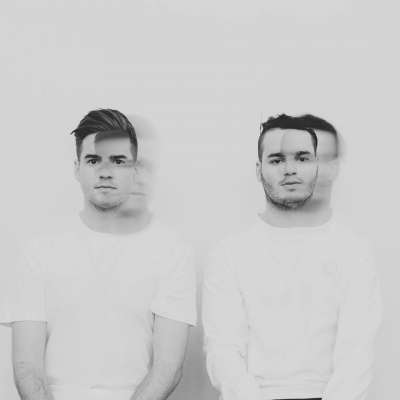 August was another month filled with excellent releases from Australian artists. I've included a track from Kuren's knock-out new EP, but I've dedicated the majority of this month's edition of Sounds Australian to Indie Shuffle newcomers - featuring all sorts of genres, from tropical electronica to electronic-pop in the style of Sia.

Two Can – “Holding On To You (Ft. Savoi)”
“Holding On To You” is a polished release from Melbourne-based electronica duo Two Can. The talented brothers – Oscar, a jazz percussionist, and Myles, an audio-engineering student – have supported the likes of Alison Wonderland and KLP with their shuffling tropical beats, and have an EP set for release in September.

JVLY – “Unravel”
Say hello to JVLY, a new singer-songwriter and producer from Sydney who chose to express his emotions through music. The result? A delicately crafted slice of electronica that swells with synths and layers of overlapping vocals.

Gretta Ray – “Drive”
This slow-burning single was actually released in late July, but I’m going to sneak it in because Gretta Ray has been in the spotlight lately. The 18-year-old indie artist produced “Drive” with none other than Jonathan Dreyfus, Josh Barber and Ryan Hewitt, and went on to win triple j Unearthed’s annual competition, Unearthed High.

Ribongia – “Dreams”
If you like this, be sure to check out the album on which it features! Legendary Australian blogger Tommy Faith (aka Sound Doc) has put together an exclusive compilation album featuring some of Australia’s rising stars. The best thing about this album (other than tracks by the likes of Woodes and Sampa The Great) is that all proceeds go towards OXFAM’s Syrian Refugee appeal. You can help support this excellent project here.

Kuren – “Gravity (ft. Fueg)”
Kuren, now here’s a name to remember. This Sydney-based artist has been weaving together crashing synth waves and gnarly bass drops for the past 18 months, with the end result being a punchy five-track EP titled Tesseract. REMI – “Lose Sleep (ft. Jordan Rakei)” “Lose Sleep” is one of the anticipatory singles from REMI’s upcoming sixteen-track sophomore LP, Divas and Demons. In typical REMI style, it’s overflowing with a laidback groove and thought-provoking lyrics.

Taka Perry – “Slow (ft. Jordi)”
Straight from the opening seconds, “Slow” caught my ear with its rippling patterns and whispered beats. It’s the first track from Taka Perry’s upcoming EP, and offers an exciting taste of future things to come from this artist. You wouldn’t guess that this track, featuring Jordi Davis from String Elephants, was recorded in an empty classroom at Taka’s school.

Sammi Constantine – “VICE”
Heartfelt and minimalist, “VICE” is a wonderful new release from Sammi Constantine. She’s departed from her earlier style of fiery electronic hits, and has moved into a new world of leisurely acoustic and indie vibes. Listen carefully for the shimmering electronic samples, and the carefully woven guitar lines.