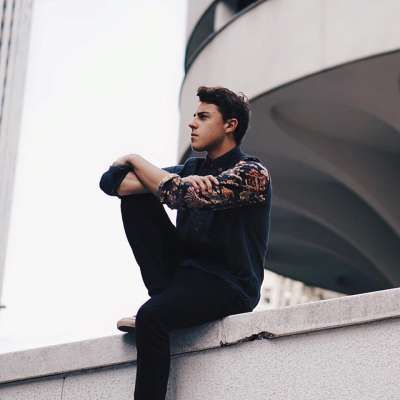 Say hello to my five favorite releases from Australian artists in May.

Future Jr – “Tell Me That I’m Wrong”
“Tell Me That I’m Wrong” is the stunning debut offering from 22-year-old Brisbane producer Matthew Nainby, aka Future Jr. Softly strummed guitars over a pulsing bass and finger clicks spin this track into a world of ethereal electronic ambience. Listen once for the production, and listen again for the lyrics, because Future Jr is as much of a poet as he is a producer: “You got a pocket full of rain that just keeps on giving / Not to mention a mouth that self-proclaims it’s wise”.

Kuren (ft. Ben Alessi) – “Home"
Kuren. If he’s not a household name already, he should be. The Sydney-based producer has been commandeering “best upcoming acts” lists since he started producing three years ago. 2016 has seen him release an army of crisp electronic tracks and remixes ahead of his upcoming Australian tour this June/July. Vocalist Ben Alessi, hailing from New York, lends “Home” some catchy and powerful vocal layers.

Ngaiire - "House On A Rock"
An intoxicating mix of RnB and future soul from this Sydney-based vocalist, packed with punchy production and powerful vocals. If you're in Australia, you can catch her performing live at the Tasmanian Festival of Voices in July.