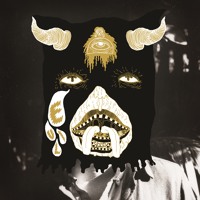 John Matthew Simon
Published:
Mar 07, 2013
Total plays:
24,146
Saved:
213 times
Sounds like: Cold War Kids, Yellow Ostrich, Maps & Atlases, Dr. Dog
Tags: indie rock, alternative rock, psychedelic
Why do we like this?
Today is a great day, because Atlantic Records artist Portugal. The Man has announced the release of their next record - EVIL FRIENDS, which was produced by Danger Mouse, and will be available on June 4, 2013. The band premiered their first single, the aptly named "Evil Friends," a restless jaunt of a song that is as propellant as it is short-lived.

Much like the band and its career, the song careens forward at a slow build, which then bursts into a sonic intrusion; the sound is big, bold, punchy, and brazen. For anyone who has been patiently waiting for PTM's next album, you will be happy to hear sounds reminiscent of "Waiter: You Vultures" and "Church Mouth" amalgamated with a maturation that makes this band one of the few who should be ferried into arena-like fame.

Portugal. The Man has a busy schedule lined up, as they'll headline Tumblr's "F*ck Yeah" party at SXSW next week, followed by a handful of West Coast appearances leading up to their set at Coachella.  With performances at Bonnaroo and Governors Ball in New York City lined up, culminating with this release, we are sure to be talking Portugal. The Man all year long. And rightfully so.
- Google John Matthew Simon
Streaming source: http://soundcloud.com/atlanticrecords/portugal-the-man-evil-friends
TOUR DATES
View all X tour dates for .