This is so smooth it hurts. I mean seriously... baby making music, or what?

"Cheapest Flight" is the debut track from London-based PREP, though don't let the "debut" moniker fool you -- these guys aren't new to music.Their lineup consists of four members, with a collective background that includeship-hop production, opera composition, DJing, and credits on songs by Drake, Foxes and Klangkarussel (among others).

In short, these guysknow what's up, and it shows. Which is why I dig it so much. 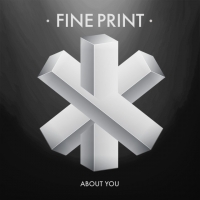