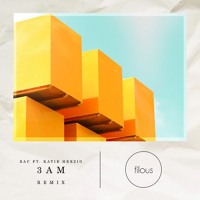 Oh boy, RAC fans! Have we got some exclusives for you today!

Premiering on Indie Shuffle is RAC’s latest release -- it’s a remix of 3AM, an RAC original, by filous.

Not only that, but Indie Shuffle is pleased to present this exclusive interview with André from RAC. He chatted with Indie Shuffle about his upcoming North America tour, offered some reflections on his 2015 to date, and he tells us all about... kittens!

You’re on tour right now! What can fans expect from seeing the “Going Our Own Way” show?

About two years ago we started doing a live show. At first we were a four-piece and now we’re a five-piece. So there’s drums, guitars, bass, keys, a light show, loud music and altogether it’s turned into a real live show, I guess! We’re definitely playing instruments up on the stage. At first a lot of people expected to see me perform a DJ set but I tried to make that distinction pretty clear.

For this tour in particular I feel like we’re finally at a point where things are starting to gel musically. We have spent all this time together playing at festivals and something sort of happens when you work with the same people over and over again -- you develop a chemistry musically.

So that’s where we are now. In the show we play a lot of the original material and we also play a lot of remixes and covers. Playing the remixes borders on interesting territory because we’re technically playing my remixes but we have different people on stage singing them, so is it a remix then or a cover? But so far it’s been really positive and very well received by our audiences.

Apart from this tour, what else have you been up to André? What are you most proud of having achieved in 2015?

I feel like I’ve been pretty busy this year! And I haven’t really had much time to absorb it! This year we played at Coachella and Ultra. That was a dream come true for me. Back in college my friends and I would watch DVDs of Coachella sets and it had such high expectations for us as an event. The first time we even went there to play it, that was kind of crazy. So big-ticket festivals dominated early on in 2015.

And in June we started releasing a new song every month. That’s been the main focus of what I’ve been doing for the rest of the year. It started because I had all this material that I’d written and I didn’t really see it fitting inside an album in a more traditional sense.

I had this idea of putting out a song every month and I guess because it would give me the drive to keep working on new stuff. Releasing music every month allows me a lot of freedom to experiment and to try different things without the context of having to put it in an album. Don’t get me wrong, I love albums but they take a very long time to put together. This way I don’t have to sit around and wait. As soon as a track is ready, it’s ready to be shared with my fans.

What can you tell us about the remix release today?

Filous is on tour with us right now. He’s an 18 year old kid from Austria! He actually is a really amazing producer and I wish I had his skills at his age. In fact he had his first show ever, just last night as part of this tour!

Filous did this remix of song 3AM which is one of the recent singles I put out. I mean I just love what he did with it. He has a very unique take on remixes and as a remixer myself that’s something I really appreciate. I like that he obviously put his own voice to it but it’s definitely catered to the original song and he’s tried to be respectful for that. As a remixer that’s something that I always strive towards. I’m really stoked about this release and I really hope people like.

I understand you call Portland, Oregon your home base now. It’s known for being eco-friendly and very hip. What’s the music and creative scene like there?

Portland is a wonderful place. I’ve been there for about six years so I can really call it home now. It’s creepy because even in those 6 years it’s gone through enormous change. As far as the creative scene, it’s a relatively small city and there are A LOT of talented people there.

Anybody that has any level of success often ends up traveling around and doesn’t spend a lot of time in Portland or they end up moving somewhere else. So I feel like I should stick around a lot more! But it’s a great city and if I can contribute to that in any way then I’m going to try to do that. For a long time it was a city that catered to lots of artists and musicians because it was affordable and now that’s changing. It will be interesting to see if the change continues and what happens to Portland as a result.

Now, kittens! Your social media is filled with fun images of cats and your two new kittens! Tell us all about them.

Yes, we finally got our own kittens!

And yes, I have two new kittens and they’re so cute! They’re the same breed -- two British shorthairs. They are going to be huge! Even if I feed them appropriately, I can tell already, they’re going to be big cats! 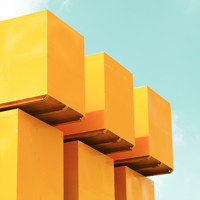 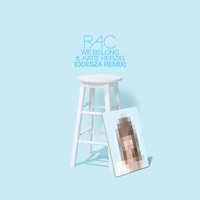