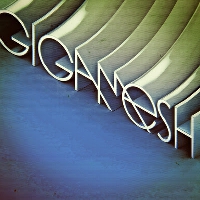 RAC If You Forget Me (Gigamesh Remix)

Golden Scissors has a point: so much about music these days is timing.

Both RAC and Gigamesh have been killing it lately, pumping out originals and remixes that instantaneously rise above the rest and sit atop the charts.

So, seeing them both together on the same track naturally brings out all sorts of excitement. Perhaps even you did a double-take when you saw this title.

At this point I should probably let you know that this track, featuring Liset Alea, was actually released all the way back in 2010. And barely anyone noticed, myself included.

Just like Bruno (of Golden Scissors), I'm willing to wager that this one would have torn apart the blogosphere had it been a freshly hyped release today.