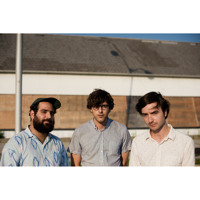 Christiana Bartolini
Published:
Jan 29, 2012
Total plays:
7,985
Saved:
28 times
Sounds like: Sea and Cake, Apostle of Hustle
Tags: experimental, chillwave, indie folk
Why do we like this?
I cannot believe I hadn't seen this video earlier. I just discovered Real Estate's video for their track "Easy," which was released in early January. At first, when I found it on funnyordie.com, I was pretty confused as to why the video would be featured on that website. But then I watched it.

It's actually really funny. And let's be honest, Real Estate's music is typically more chilled out and relaxed more than anything else. So to watch this video and enjoy its raw humor was really unexpectedly enjoyable.

In the video, Real Estate's devoted media team (2 guys, one girl) drive around in a van covered with Real Estate promos. The team harass people on the street in forceful hopes of gaining a following for Real Estate. They then bombard Jake Fogelnest (yeah, he's really in the video) at his radio station, attempting to force Real Estate's record on him, even offering him coke on top of giving him their record. After Jake refuses, the team stalks him as he leaves work and then abducts him at knife point into their van. No big deal. They then take a duct-taped Jake Fogelnest into a deserted part of the New Jersey woods by gun point. At the last minute, right before pulling the trigger, the team decides to go back to a modest, decent life instead of committing manslaughter. Wise choice, guys.

All in all, I thoroughly enjoyed watching this video... more than once. It was just humorously dry enough to come off as entertaining and original. If you're looking for a good laugh to start your weekend or perhaps a nice pick me up, take a few minutes and watch this video. 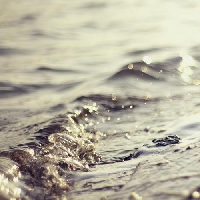 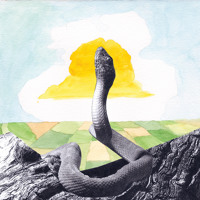 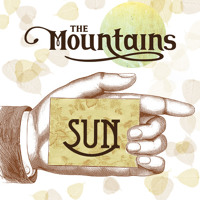