Another heavy-hitter, Rhye, has returned with a new single following, "Beautiful," released earlier this year.

Maybe quarantine hasn't been all that bad, considering we've got Mike Milosh of Rhye locked up with his girlfriend, Genevieve Medow-Jenkins, and it's making for some pretty great love songs. It is Medow-Jenkins who is responsible for the music video of "Helpless" — a visual from which I could not look away for even a second.

Just when I thought my safe-to-call-slight-addiction to Milosh's vocals had been put to bed, another single is released and once again, I've got nothing but Rhye on repeat. If you're anything similar, you'll be glad to know Rhye's Europe + UK tour dates have been rescheduled to start this November, until April 2021. For more information, visit rhyemusic.com/#tour. 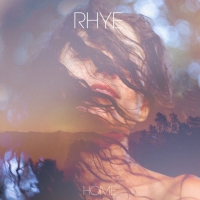