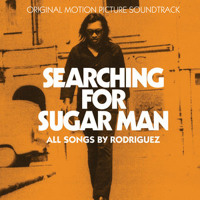 So, anyone watch the Oscars? Well, I happened to come across this song after doing some research on the award-winning documentary Searching For Sugar Man, which follows the story of Detroit folksinger Sixto Rodriguez. Turns out he was pretty bad ass guy who set fire to himself, and, among other things, shot himself in the head in order to make an interesting rock statement and still managed to live on to tell the tale.

After failing to make an impact in America, he gave up his career as a musician. However, although he was relatively unknown in his home country by the mid 70s, his albums were starting to gain airplay in countries like South Africa, Rhodesia (now Zimbabwe), New Zealand and Australia. He was kind of a rock star as his music was about freedom of expression, something that wasn't aloud in South Africa during the Apartheid; in a way this music freed everyone from the pain and sadness. It's crazy how music can have such a physical and mental affect on people, especially during such a sad and depressing time.

The documentary tells the story of two South Africans that set out to discover what happened to their unlikely musical hero, the mysterious 1970s rock 'n' roller Sixto Rodriguez. As a tribute, the Round Table Knights have turned his original "Hate Street Dialogue" into a smooth groove that's laced with extra percussive grooves and extra handclaps. A hazy, easy listening track that'll warm the spirits. 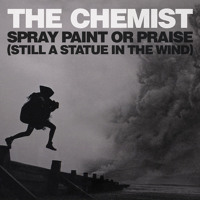 The Chemist - Spray Paint or Praise