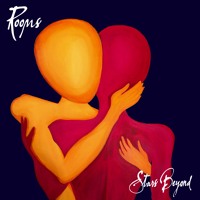 Written and recorded in their home studio, "Stars Beyond" is a pleasing mix of natural and synthetic elements, which work together to create a catchy, rather cinematic collection of sounds.

Airy guitars, warm vocal harmonies, and subtle melodic details permeate the sun-drenched production - drawing me into the track despite the fact that I'm not particularly a fan of the overall genre.

“This track was written in the style of a love song. It pays homage to old medieval modal music by using religious imagery to explain how science can show you the answers to the stars in a world where the church controls information” says Rooms.