S. Carey In The Dirt

Hannah Levy
Published:
Sep 16, 2010
Total plays:
112,368
Saved:
425 times
Sounds like: Bon Iver, The Tallest Man On Earth, Gayngs, Sufjan Stevens
Tags: ambient, folk, acoustic
Why do we like this?
S. Carey (S. stands for Sean, he goes with the abbreviation) was virtually unknown until recently, unless you happened to check out who Bon Iver's tour drummer was and take note. But if you were anything like me when you saw Justin Vernon live, you weren't paying attention to the drummer. However, S. Carey isn't staying behind the scenes for much longer, especially now that he has released his first full-length album, All We Grow.

The album dropped nearly a month ago, but I was hesitant to review it, mostly because the music didn't match my mood (or the weather outside). Some people pair wine and cheese; I'm a big believer of pairing music with the right combination of weather, mood, and activity. Now that it's September and autumn is creeping up on us, I feel that it's appropriate to introduce people to this ethereal, but not necessarily imaginative, folk album.

Some of the best orgasms are a result of anticipation, slow build-up, and a final release. S. Carey takes this idea to the extreme on All We Grow, softly looping piano, guitar, and drums (those are the only instruments he uses). The sweeping instrumentals groan and pulse, sometimes trailing off. Overall, I enjoy being teased, but it left me craving a more powerful crescendo.

You can find a little bit more of a backbone and beat on "Actions," one of my favorite tracks. Most of his songs, like "Rothko Fields" and "Mothers," have limited vocals. Actually, when he does sing, it seems like he's trying too hard to emulate Justin Vernon -- although his sound is much cleaner than Vernon's scratchy vocals.

All We Grow might be appropriately titled, as its landscape tracks S. Carey's attempt to go solo and develop his sound. While I thoroughly enjoyed listening to this album (especially against the backdrop of a foggy afternoon walk), I wouldn't necessarily say it's the most original piece of music that I've heard. Bon Iver impressed folk fans with his ambitious For Emma, Forever Ago; S. Carey has some catching up to do, but he's definitely on the right path.
- Google Hannah Levy
Streaming source: http://soundcloud.com/scareymusic/in-the-dirt
TOUR DATES
View all X tour dates for . 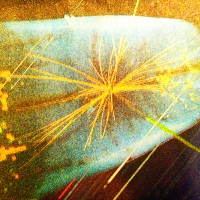