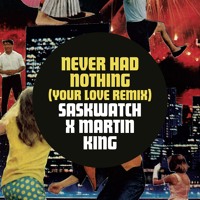 Hugh McClure
Published:
Mar 04, 2013
Total plays:
33,874
Saved:
71 times
Sounds like: Toro Y Moi, Oscar + Martin, Collarbones
Tags: Electronic, female vocalist, remixes
Why do we like this?
Melbourne duo Oscar + Martin are some of the most inventive players in the local electronic scene, so whenever they do anything new we're all over it. While we've already featured Oscar (who performs under the guise Oscar Key Sung), it's Martin's (King) time to turn some heads with his talent. Lucky for Indie Shuffle, we've been given the exclusive to his rework of soul collective Saskwatch's track, "Your Love."

The track is from their 2012 LP Leave it all Behind, and the original (which can be heard here) is a sugary-sweet pop song with plenty of Motown influence. King has added a complete new spin to it, reshaping the vocals of Nkechi Anele while adding plenty of the glitchy tones and beats we've come to expect from Oscar + Martin.

An interesting mix of styles has resulted in a bit of a mind-blower, just another reminder of what this talented Melbourne duo are capable of.
- Google Hugh McClure
Streaming source: http://soundcloud.com/showoffservices/never-had-nothing-saskwatch-x
TOUR DATES
View all X tour dates for . 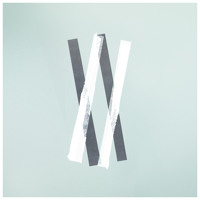