Swedish/Australian electro-pop duo Say Lou Lou teamed up with Norwegian disco czar Lindstrøm for this great track for the weekend.

In a press release, Say Lou Lou said, "We've always been lovers of disco and have been fans of Lindstrøm and his nu-disco scene for ages. Collaborating with him and getting dance into our world is so much fun, and an honour!"

"Games for Girls" was featured on Say Lou Lou's debut album Lucid Dreaming, released in February of this year. 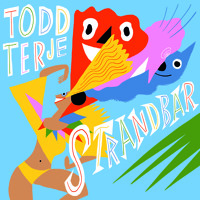