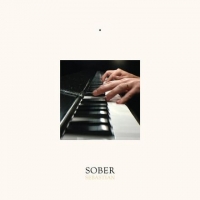 This is a pretty dope combination. Bakar's voice reminds me a lot of Bloc Party, while SebastiAn's electronic arpeggios have me thinking of Daft Punk or Kavinsky.

The song comes off French producer Sebastian's new album Thirst, which features some pretty cool collaborations. Charlotte Gainsburg joins him for a futuristic drone-like song called "Pleasant" which, well, might not be the best choice of word for the song (it's pretty harsh on the ear). Mayer Hawthorne jumps in on "Better Now," a far more upbeat and almost choral song. Sunni Colon brings his distinctive R&B/Weeknd vibe to "Time To Talk," and Gallant gets croony on "Run For Me."

Through all those powerful combos, Bakar's "Sober" stands out as my favorite.

Listen to the full release here.