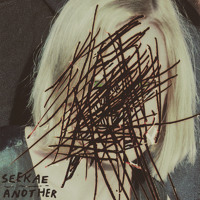 In the two years since Seekae released +Dome, they've played with an orchestra at the Sydney Opera House, started a more club-oriented side project in Cliques, and played many intimate shows across Australia. It's clear that these factors have all had a considerable impact on "Another," the first single from their forthcoming third album (due out in early 2014 on Future Classic).

"Another" is a pulsating, powerful track, a perfect slice of electronic pop that's due to excite Seekae's existing fans and earn them a legion of new ones. Featuring a sparse, powerful beat, vibrant synth work, and soulful vocals by Alex Cameron (for the first time on a Seekae track) reminiscent of David Bowie or fellow Sydneysiders Collarbones, this sneak peek of their forthcoming album shows that it indeed is going to be an intriguing, all-encompassing listen.