Sharon Jones and the Dap Kings This Land Is Your Land

Can we just take a second to appreciate how funky and fantastic Sharon Jones is?

Anyone who attended the Hardly Strictly Bluegrass Festival last month in San Francisco will tell you that Jones absolutely killed it. You had to skillfully weave through the trees and all-day picnickers just to get anywhere in sight of the stage

, but really it didn't matter where you were; everyone suffered from what Jones' record label has described as an "incurable dance infection."

But why did we love it so much? It wasn't not particularly new, in fact it wasn't at all, and it wasn't trying to be. Sharon Jones and the Dap Kings strive to recreate the sound of the 60s and 70s (you sure as hell won't hear any auto-tune). So what was it?

Well, it was a celebration of anything funky, soulful, or rich in rhythm and blues. It was the 52-year old Jones channeling a young Sam Cooke and Aretha Franklin. And it was this absolutely badass version of "This Land is Your Land," from her 2006 album Naturally.

Woody Guthrie originally wrote this folk classic as a counter to "God Bless America." Well imagine if Sharon Jones sang this in the seventh inning of every baseball game"¦

SHARON JONES AND THE DAP KINGS 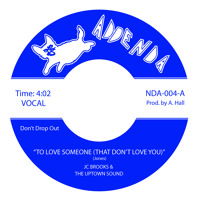 Sounds like: Sharon Jones, The Budos Band, Lee Fields & The Expressions
Tags: soul, funk, lee fields and the expressions
Save (63) 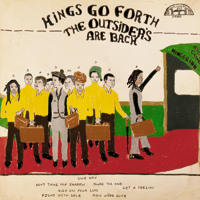 Kings Go Forth - High On Your Love