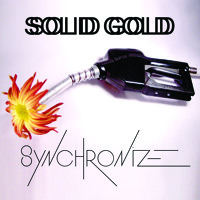 SOLID GOLD One in a Million

Cory Zechmann
Published:
Aug 29, 2010
Total plays:
5,513
Saved:
6 times
Sounds like: Gayngs, Jeremy Messersmith
Tags: Electronic, indie rock, electro-pop
Why do we like this?
I grew up in a suburb of Minneapolis, but never got into Minneapolis's music scene until I went out of state to college. Freshman year, a few friends got me into some of the local talent there, mostly artists from Rhymesayers, but I also explored a little deeper myself. In my search, I managed to find some of the most talented musicians I've heard in a long time. Here's how I unearthed a few of 'em:

A couple years back, I was skimming through some local Minneapolis groups on a forum when I discovered a group with a peculiar name -- Mel Gibson and the Pants. I didn't expect much from this oddly named group, but, to my surprise, their sound was like no other. I can best describe it as a mix of hip-hop, rock and drum & bass. Sadly, the group hasn't done anything in a while, but when I heard Ryan Olson, mixer for the group, was starting up another project, I had to check it out.

Gayngs is a mega-group consisting of 24 members, according to Olson. I loved their soulful seduction right from the start, but not just because of Olson's contribution. What really put me in awe, or rather who, was the stunning vocals of SOLID GOLD member, Zach Coulter.

As you can imagine, my next step was to check out SOLID GOLD's solo work. At first, to my dissapointment, I wasn't really feeling their album. Bodies of Water wasn't what I expected, and took some time to fully engross myself in its awesomeness (my best descriptive word for it). But eventually I warmed up to their glam rock, synth pop sound - or however the hell you classify 'em - and haven't been so impressed with a rock group since.

All three groups may not hold a large portion of Minneapolis's music fans, but they do represent a small gem, or gems, in one of the best underground music scenes today, the Twin Cities!
- Cory Zechmann
Streaming source: http://soundcloud.com/solidgoldband/one-in-a-million
TOUR DATES
View all X tour dates for . 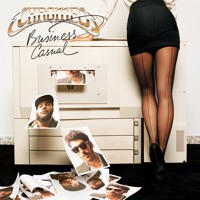 Chromeo - Dont Turn The Lights On