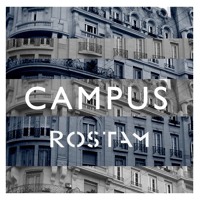 Sound Of My Voice Campus

Jason Grishkoff
Published:
Apr 16, 2012
Total plays:
10,763
Saved:
13 times
Sounds like: Rostam Batmanglij, Vampire Weekend
Tags: indie pop, vampire weekend, ra ra riot
Why do we like this?
Rostam Batmanglij (of Vampire Weekend) has a brother, and it turns out he's pretty sharp when it comes to directing indie flicks.

While we're typically here to talk about music, we thought we'd give you a sneak peek at the psychological thriller Sound Of My Voice. Directed by Zal Batmanglij, the film premiered at the 2011 Sundance Film Festival and also played at the 2011 SXSW Film Festival.

On April 27th, Fox Searchlight is gearing up for a much broader release of the film, and as you can tell from the trailer below, it looks like one you'll want to catch. Not to mention the fact that Indiewire has recommended this as the best indie film of the month.

Incidentally, Rostam also scored the soundtrack to his brother's film. According to Pitchfork, he premiered some of the work back in January:

Batmanglij, in the guise of his solo side project Boys Like Us, will join the contemporary classical group the Calder Quartet for a portion of their show at New York's Le Poisson Rouge. At that show, he'll debut new material, and according to a press release, that means "songs which are supported and surrounded by strings.

If you're left looking for more after viewing the below trailer, you can preview the first 12 minutes of the film by heading over to the Sound Of My Voice website.

SOUND OF MY VOICE