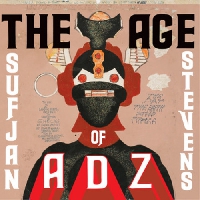 Sufjan Stevens and a crew of pianists, percussionists, and filmmakers came together for a truly unique experience last weekend at the Brooklyn Academy of Music. The performance itself was a crossbreed of music and film -- Round Up, a silent film shot in super slow motion by We Are Films, highlighted beautifully filmed Pendleton Rodeo visuals. Everything from rodeo girls to bull riders to horses could be seen over the course of the hour and a half on a massive screen, while Stevens and the members of Yarn/Wire performed music to accompany the silent slow motion film, live and in real time.

For me, this was a particularly eye-opening performance. I've been a fan of Stevens' music since my early teenage years. Pre-teen would probably be a better word for my time of discovering his sound. I never would have envisioned experiencing something like this in my lifetime. Ever. As the person to my left dosed off for the entire performance, I found myself on the edge of my seat completely taken by the visuals and sounds happening before my eyes.

One thing I've started noticing, particularly for BAM performances, is the space that my mind goes to while experiencing music without vocals. Particularly for music that is typically paired with movies and visuals. For instance, if you go to any performance of Philip Glass', you'll find your mind going to places that are far removed from your reality, and yet, somehow still feasibly a part of your world. You think about things that maybe you wouldn't typically address from a day to day, but things that still matter to you. Human interactions, emotional excitements, weird and instinctual ticks, traveling to faraway lands, and the alternate universes that you may exist in. All of those things may or may not enter your mind, among an assortment of infinite possibilities -- and you let them happen, because the music beckons that.

For me, this performance was one visual space that my mind could have gone to. It was as if the music and visuals were made together and scanned the listener's mind, attempting to recreate the visuals that came forth. The rodeo is one space that my mind has never gone to, and I'm glad it hasn't -- it's a strange and fascinating place. So bizarre and far removed from my reality, but something that ultimately leaves me in awe. The super slow motion gives the film a surreal feeling, which pairs beautifully with the contrast in sound that comes from each song performed by Stevens and the accompanying musicians. Some songs are fast paced, others are slow and ambient, but every sound is methodical and aptly placed.

I considered this experience to be one unlike anything I'd ever seen or heard, and I'm sure anyone else who got the chance to witness the visual and audio production feels the same way.

Note that this Sufjan Stevens remix is totally unlike the performance and channels a totally different vibe, but is lovely nonetheless. Enjoy. 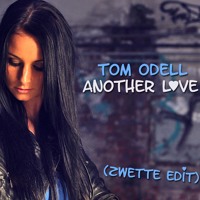 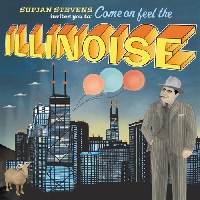