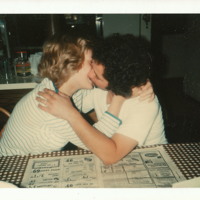 Christiana Bartolini
Published:
Nov 01, 2010
Total plays:
11,275
Saved:
37 times
Sounds like: Class Actress, The Pains of Being Pure at Heart, The entire "Lucas" movie soundtrack
Tags: female vocalist, electro-pop, synth-pop
Why do we like this?
Some bands are blessed with an effortless quality of music making. It flows, it syncs, it meshes, it's just right. Case in point: UK's own girl/boy duo Summer Camp. They weren't even looking to take the indie music world by storm, far from it actually. One day, Elizabeth Sankey made Jeremy Warmsley a mix-tape, and they decided to cover one of the songs and post it on MySpace. Once the Internet's bloggers and music lovers found the song, the rest is history.

After the initial hoopla, many fans still didn't know who Summer Camp even consisted of; meanwhile, Jeremy and Elizabeth laid low, trying to figure out how to approach the sudden demand for their talent until a magazine totally blew their cover. What a road to recognition, huh?

Jeremy: "It was all an accident, unfortunately. Maybe we should start forward planning! That said, it's been nice to get some positive feedback from people at gigs as well as the nice reviews we've had, which is awesome." Starting the band was a happy accident, and in a way it's meaningless talking about having done it another way. If we'd sat down and worked out how to use our talents we'd have, I don't know, probably ended up writing a musical!"

Elizabeth: "The worst musical in the world!"

This EP has come out with perfect timing; many  fellow music enthusiasts who were born in the 80s will probably find themselves falling into a deep nostalgia while listening to Young (and how could you not?). With so many bands endlessly attempting to encapsulate the spacey, entrancing, upbeat, synth-soaked music that overtook that decade, Summer Camp has effortlessly (and modestly) leaped right over everyone else with this undeniably infectious album.

Being an EP, it's on the short side (six songs in total), but it is most definitely sweet. It may just be the EP that's going to fill your insatiable 80s-music-loving appetite. One one-way ticket back to 1985? Yes, please.
- Google Christiana Bartolini
Streaming source: http://soundcloud.com/keongwoo/summer-camp-ghost-train-2
TOUR DATES
View all X tour dates for . 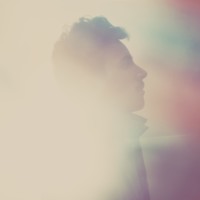