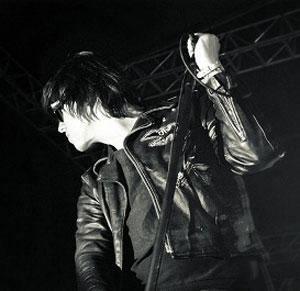 Joshua Mellin
Published:
Mar 19, 2011
Total plays:
4,452
Saved:
16 times
Sounds like: Arctic Monkeys, The Libertines, The Hives
Tags: indie rock, the strokes, sxsw
Why do we like this?

In case you didn't already know, The Strokes are back.

Just days before the release of their new album Angles they were playing to a St. Patrick's Day crowd at the Shoreline Stage along the river in Austin. A 20,000 strong audience filled the entire expanse of the park, grassy hills for blocks, and eventually snarled traffic in the area -- a far cry from their now legendary showcase at the tiny Iron Cactus in 2001.

This is a completely rejuvenated band brimming with talent. It was hard to tell who to watch, Albert Hammond Jr. speeding up like a perpetual motion machine? Nick Valensi blistering away on guitar? Fabrizio Moretti beating the drums at a feverish pace? Nikolai Fraiture pounding the bass? Y'know what, maybe its better to just sit back and sing along, and actually, that's what most of the crowd did.

With all the chaos around him, Julian Casablancas retained his badass swag. Can you imagine him in anything but a patented leather jacket and dark sunglasses? Nodding and pointing to fans in the front row who had staked out their spots nearly 24 hours prior, it was as if he had just strolled into the swankiest of parties.

Presenting a setlist that spanned their entire career and included all their big hits from "I Can't Win" to "Reptilia,"low-key deep cuts like "Hard to Explain" and the new "Life is Simple In The Moon Light," the guys ended the evening with their perennial hit "Last Nite" as fireworks exploded in the sky.

One of the best bands of the last decade, the Strokes triumphant return is a welcome shot in the arm.