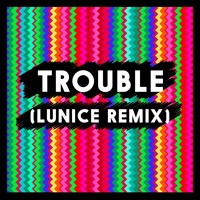 Another Totally Enormous Extinct Dinosaurs remix just washed up from the deep. Montreal based producer Lunice creates a beautifully chilly remix of "Trouble."

Lunice has appeared in the Shuffle before, with none other than Mad Decent mogul Diplo, so obviously the man's got steeze, but the pairing is also a good introduction to Lunice's arena of style. Lucious synths create a bed for hip-hop based in rhythm and bass driven beats.

What's most amazing about Lunice's remix of "Trouble" is that it creates such a vivid setting. I seriously feel like I'm walking grey urban streets while getting pelted by cold winter air. "Trouble" is most obviously the order of the day in this amazing remix, but it happens to be no trouble at all to snag it for free via SoundCloud.