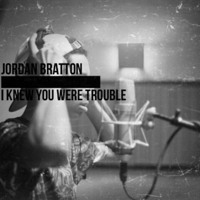 Taylor Swift I Knew You Were Trouble (Jordan Bratton Cover)

Tobias Handke
Published:
Nov 19, 2013
Total plays:
36,005
Saved:
436 times
Sounds like: Frank Ocean, Drake, The Weeknd
Tags: pop, soul, covers
Why do we like this?
New York soul singer Jordan Bratton has recorded a mesmerizing version of Taylor Swift's, "I Knew You Were Trouble" that I just had to share. While the original's a typical upbeat pop number, Bratton's cover is much more inline with the heartbreak and loss described in the lyrics. For the uninitiated, it's another Swift number about a famous ex, this time One Direction's Harry Styles.

Beginning with a Bratton's voice accompanied only by piano and strings, the song slowly builds as light percussion makes its way into the soundscape. While the softer arrangement is compelling, its Bratton's rich, tranquil voice that makes this cover so spectacular.