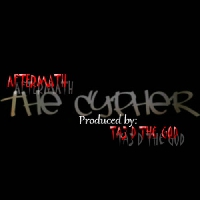 The BET Hip Hop Awards Cypher is like Christmas for hip-hop fans. While everyone enjoys finding out the award results, it's the cyphers fans tune in for, with debate raging for days about who had the best verse. This year, the likes of A$AP Mob, Slaughterhouse, Action Bronson, and even former great Lil' Kim took to the stage. While all these artists performed admirably, it was the Kendrick Lamar lead Top Dawg Entertainment crew that stole the show. Much like Eminem in 2011, Lamar went HAM, spitting the best verse of the night alongside his TDE labelmates.

Over the instrumental of Mobb Deep's classic, "Shook Ones," the TDE roster all performed adequately, with new signing Isaiah Rashad showing he has what it takes to mix it with the big boys, while Jay Rock and Ab-Soul continued to show their lyrical nounce, but it was ScHoolboy Q and Lamar that stole the spotlight. Q, whose first major label album, Oxymoron, drops later this year, kicked the cypher off with an attacking flow, but was trumped by man of the moment Lamar. Continuing on from his verse on "Control," Lamar was pure fire, putting the entire hip hop industry on alert with complex rhymes, quote worthy moments and a possible Drake diss.