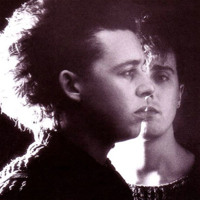 Aaron Blum
Published:
Jul 25, 2013
Total plays:
18,526
Saved:
189 times
Sounds like: Alan Braxe, The Golden Pony, Giorgio Moroder
Tags: Electronic, remixes, synth-pop
Why do we like this?
Without a doubt, my affinity for synth-pop began with one of the greatest bands from the 80s, Tears For Fears. From the album Songs of the Big Chair, "Shout" is still to date one of the most popular Tears For Fears tracks, as well as a personal favorite.

Cinnamon Chasers, solo project of Russ Davies, has been known to create enigmatic electronic tunes, and I knew that when integrated with Tears For Fears, this rendition of "Shout" was going to be good.  Maybe more widely known for his award-winning music video "Luv Deluxe", which won "Best Music Video" in 2010 at SXSW , Cinnamon Chasers has recently released a five track EP called Time.Body.Tears that is available here.

The remix of "Shout" was released as part of a 38-track pack of unreleased songs dating from 2008 to 2012, and can be purchased here.  For more Cinnamon Chasers music, head over to his SoundCloud page.
- Google Aaron Blum
Streaming source: http://soundcloud.com/cinnamonchasers/shout
TOUR DATES
View all X tour dates for .