The  1975 released their debut album back in September, and we've covered a lot of their single so far, including "Girls."

On this upbeat remix, The Knocks bring an electro pop style, using keyboards to spice up the song. A perfect dancefloor track.

The Knocks, a DJ duo comprised of Ben Ruttner and James Patterson from New York, are releasing their debut album in early 2014. Until then, grab their remix of "Girls" off SoundCloud for free and keep your fingers crossed for more. 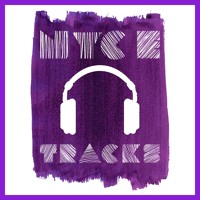 Santigold - The Keepers (The Knocks Remix)