The Album Leaf There Is A Wind

Taylor Fife
Published:
Feb 02, 2010
Total plays:
6,352
Saved:
19 times
Sounds like: Do Think Make Say, Explosions In The Sky
Tags: instrumental, post-rock, the album leaf
Why do we like this?
Even if you've never heard of The Album Leaf there's a pretty good chance you've heard the music of Jimmy LaValle, the songwriter and multi-instrumentalist responsible for the project's five full-length albums and five EPs. Music by The Album Leaf has been featured in episodes of The O.C., CSI, Grey's Anatomy, Sons of Anarchy, as well as in the radio program This American Life, and even a public service announcement by Michelle Obama and Jill Biden.

show you may have caught some when The Album Leaf opened for Sigur Ros, who discovered the project in 2001. LaValle has also performed in various other groups, including a short stint as the keyboardist for legendary thrash weirdos The Locust. But A Chorus for Storytellers by The Album Leaf will evoke emotions far different than that previous LaValle project; the album is a beautiful and dreamy adventure in post-rock that features rich and varied instrumentation including piano, guitar, horns, strings, synthesizers, and drum machines.

The best thing about this album is the wonderfully appropriate use of vocals. Despite the name of the album, most tracks have no lyrics at all, let alone stories or choruses. When the vocals do come drifting in they are a pleasant and peaceful surprise, never forced or overdone; they act as another part of they varied and layered instrumentation.

Some songs, however, commit the classic blunder of post-rock: they seem to float away with no direction, structure, or grounding. Sure the sounds are pretty, but it's easy to forget you even have an album on in the background. This would be fine if it happened during the spacier or instrumental tracks, but it usually happens at the worst possible moment. The song Almost There, for example, sounds like a pop song written while dozing off"”the chorus doesn't catch and the hook never comes.

Despite the beauty of the album and obvious talent and songwriting ability of Jimmy LaValle, this album sounds like a watered down pastiche of other more interesting and innovative post-rock outfits. The Sigur Ros influence is the most obvious"”the album was even mixed at Sigur Ros's studio in Iceland"”but The Album Leaf fails to soar and climax like vintage Sigur Ros, and lacks the poppy charm of Med Sud I Eyrum Vid Spilum Endalaust. The Album Leaf lacks the intensity of Mogwai, can't compare to the intricacies of Explosions in the Sky, and the moves towards ambiance are amateurish when compared to electronic musicians specializing in the genre.

The album is incredibly beautiful, and there is obviously a lot of potential, but for now the post-rock diluted with indie-rock is best suited for background music. And judging by their television, movie, and commercial credits, many people agree. 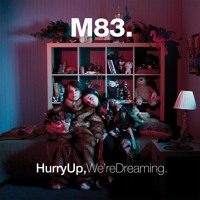 Sounds like: Explosions in the Sky, The Album Leaf
Tags: Electronic, synth-pop, post-rock
Save (63) 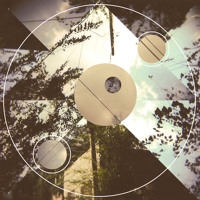 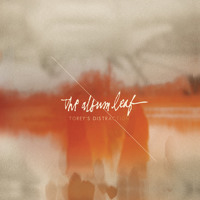 The Album Leaf - A Day In The Life