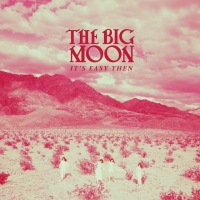 The Big Moon It's Easy Then

Following up their Mercury Award nominated debut album,Love In The 4th Dimension, was never going to be an easy task for The Big Moon. Two years on from its release, the band offers up "It's Easy Then," the eagerly anticipated first effort from their forthcoming second LP.

It's a song that distills a sense of overload and anxiety in everyday modern life, but its aim is to offer an optimistic outlook. In their words, "something that captures the frustrations, but also the hope and joy, all at the same time." It's a mature, artistic advance for the band that develops their catchy, heart-on-your-sleeve output into something much more deeper and nuanced.

With a string of festival dates throughout the summer and an October tour supporting PIXIES, momentum is surely behind The Big Moon to make a seismic leap forward in the latter half of 2019. 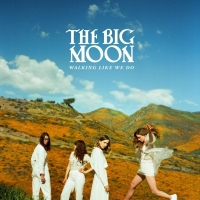 The Big Moon - Why