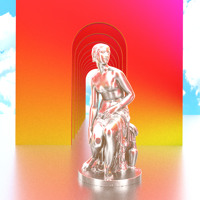 The Jungle Giants Sending Me Ur Loving

Following the explosive single release, "Heavy Hearted," in 2019 (it was my summer anthem), The Jungle Giants are back with a single that pursues a similar energy. Successful endeavor? I'd say so. Is there an album on the horizon? I can only hope.

"Sending Me Ur Loving" was entirely produced by the group's lead singer and guitarist, Hales. Despite establishing a solid foundation in their unique sound, every release from the Jungle Giants sounds like a slight reinvention; a tweak in their musical recipe. Innovation is the trick to staying relevant in a society with the attention spans of goldfish (true fact), and they have cracked the code!

The Australian four-piece begins their North American tour in early February and yes, I will be attending. If anyone here lives in the Seattle area and is going as well, let's link up and have a party.