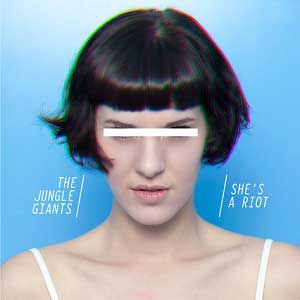 The Jungle Giants You've Got Something

This song by Brisbane-based band The Jungle Giants is pretty predictable, but still quite nice in an indie pop sorta way. By that I mean that if you like Two Door Cinema Club, you're probably going to enjoy this one as well.

The song is the second single off the band's debut EP, She's A Riot (we previously featured the title track, "She's A Riot" in June).

If you're curious to hear the full thing, you can stream it on Soundcloud via Create Control Music.