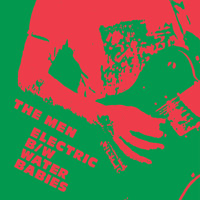 Bri Guy
Published:
Jan 15, 2013
Total plays:
4,591
Saved:
20 times
Sounds like: Ty Segall, Royal Headache, Iceage, Titus Andronicus
Tags: indie rock, rock, post-punk
Why do we like this?
The Men is a punk rock band from Brooklyn, New York. Last year they released Open Your Heart with much acclaim, and this year they are set to release another album, New Moon, on March 5, 2013 via Sarced Bones Records.

"Electric" is the first single off New Moon. It's a heavy punk rock song chock full of powerful guitar rifts and vocals. It's loud, and meant to played at full volume to maximize its awesomeness.

If this tune gets your heart pumping, grab a pre-order of their Electric 7", too.
- Google Bri Guy
Streaming source: http://soundcloud.com/sacredbones/the-men-electric
TOUR DATES
View all X tour dates for .