The Orwells Other Voices

Bri Guy
Published:
May 12, 2013
Total plays:
38,983
Saved:
505 times
Sounds like: Cloud Nothings, Jack White, Arctic Monkeys, Gap Dream, The Von Bondies
Tags: indie rock, rock, lo-fi
Why do we like this?
The Orwells' first appearance on Indie Shuffle was back August 2012 with "Mallrats(La La La)," which was one of my favorite rock songs of 2012. The five youngsters are now a year older, yet still true to their punk rock style.

Today I present you with their new single, "Other Voices," produced by Dave Sitek (of TV On The Radio).  This track has great guitar riffs, power drumming and loud vocals that power the song -- it's an awesome anthem for the summer.

The Orwells may be releasing a new album this summer, so watch out for that. Check the band's website for more information and tour dates.
- Google Bri Guy
Streaming source: http://soundcloud.com/the-orwells/the-orwells-other-voices
TOUR DATES
View all X tour dates for . 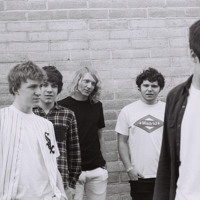