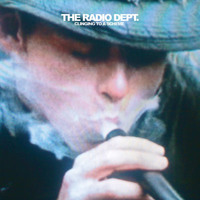 Jason Grishkoff
Published:
Feb 24, 2010
Total plays:
9,648
Saved:
28 times
Sounds like: Maps, Joy Division, Junior Boys, Broadcast
Tags: indie pop, lo-fi, shoegaze
Why do we like this?
Indie pop: this album is candy-coated in it. Take that or leave it, but I feel that without Jess's recent contributions, we're just not sharing enough of the stuff. What makes this slightly different, though, is that unlike most of today's pop-loving indie rockers, The Radio Dept. goes as far back as 1995, when Swedish classmates Elin Almered and Johan Duncanson began playing music together. Which leads me to a confession: I wasn't being completely straightforward earlier. These guys aren't pure indie pop; they're shoegaze, too. Glad we cleared that one up.

Since 1995, players have come and gone, with the most-recent lineup adding Martin Larsson, Lisa Carlberg (bass), Per Blomgren (drums) and Daniel TjÃ¤der, on the keyboards. Together, they were able to record songs that were good enough to land a contract with Labrador Records, which is pretty much the shit in Sweden. The album will be released on April 21st, but for now, enjoy the single above.

The hazy, almost musty Motown piano plonks of Heaven's on Fire wound up on the Dots & Dashes hub a handful of weeks ago and have blared out over unworthily tinnitus-like tinny speakers ad infinitum of late. Opening to an anti-capitalist bombast against the exploitation of youth culture and retail-related destruction of "Indie" representing Independent ("People see Rock'n'Roll as youth culture, and when youth culture becomes monopolised by big business, what are the youth to do? Do you have any idea? I think we should destroy the bogus capitalist process that's destroying youth culture..."), Heaven's on Fire erupts in a cacophonous epiphany of smothered vocals and wonderfully wittering lyrics like muffled fireworks brightening up an unparalleled paradisaical sunrise over extraneously exotic rain forests - Dots & Dashes 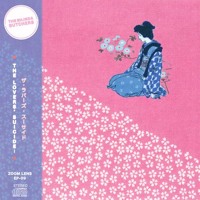 The Bilinda Butchers - The Lovers' Suicide

Sounds like: My Bloody Valentine, The Radio Dept
Tags: shoegaze, 80s, post-punk
Save (150) 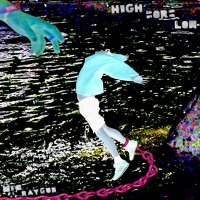