The Rubens My Gun

Hailing from the tiny New South Walestown of Menangle, the Margin boys (Sam, Zaac and Elliott) and close friend Scott Baldwin formed The Rubens just over a year ago. I'm sure even they wouldn't have believed you back then if you told them how far they'd have come to date. The band has already received huge support in Australia. Their first single "Lay It Down" made a surprise appearance on last year's Triple J Hottest 100, while their shows have sold out over and over.

They were brought to New York by Grammy-Award winning producer David Kahne (The Strokes, Lana Del Rey, New Order) -- Kahne had been impressed enough to offer his assistance despite the fact that the band had no record label and had only played a handful of shows. Their time in New York has resulted in the Rubens' debut (self-titled) LP, out September 14.

I've not heard many albums with this much polish and substance, let alone from a band's debut. The tracks mesh seamlessly together "“ full of soul, sentiment and sheer talent. Previous singles "Lay It Down" and "Don't Ever Want To Be Found" have been joined recently by the powerful "My Gun." There must be such difficulty choosing between tracks, such is the wealth of potential hits "“ including the potent "Be Gone" and the expansive opening track "The Best We Got."

The Rubens have everything in place for a run at the big-time with this album. Menangle would be proud, so is Australia. 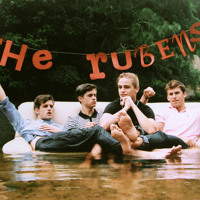 The Rubens - Lay it Down