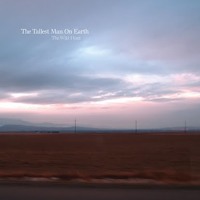 The Tallest Man On Earth The Dreamer

The Tallest Man on Earth doesn't stand so tall. At 5'7", Kristian Matsson certainly chose the name to be somewhat ironic. Where he does stand above the crowd, however, is in his unique voice and style. Given those two elements, I was quite surprised to hear him using an electric guitar in "The Dreamer".

To-date, The Tallest Man on Earth has featured acoustic backing, but with the release of his EP Sometimes The Blues Is Just A Passing Bird, Kristian appears to have broken his own mold (much like Bob Dylan's choice to go electric). I can't blame him for trying this sound. It still sounds awesome.