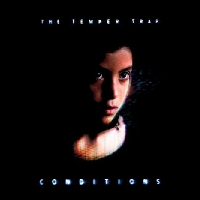 The Temper Trap Down River

It appears that I keep posting songs from roughly 2009 (eg, three days back I posted a track by Kings of Convenience from an album they released that year).

As far as I can tell, there are two reasons: 1) the awesome contributors on this website keep beating me to new, great tracks; 2) there's just not much good new music this time of year. It's the holidays, after all, and the impending cold weather means everyone in the North is just beginning to settle down in their recording studios.

Fortunately, good music doesn't have to be new. So I'm flashing back, this time to The Temper Trap's Conditions, which featured hits such as "Sweet Disposition" and "Soldier On."

"Down River" didn't get as much attention, besides a terrible remix by Fools Gold. So how about we change that a bit, by featuring it as Song of the Day?