Thunderbitch My Baby Is My Guitar

No, but really... as if releasing the hottest album of the year and touring nonstop wasn't enough, Brittany Howard of the Alabama Shakes has teamed up with members of Fly Golden Eagle and Brooklyn band Clear Plastic Masks to make some rowdy-ass blues rock 'n' roll. Fitting, then, that this wallop of a music group has deemed themselves Thunderbitch -- just in case there were any doubts that this crew is effing around with the noisemaking.

The group has recorded two tracks (at a practice space in Nashville), one of which is the roiling and raucous "My Baby Is My Guitar." From the crashing chugalug of guitars to the throaty growl 'n' wail from Howard's now-legendary pipes, this is a sound that came straight from yer daddy's garage and aims right for your jugular. There's no denying Howard as she belts, "My baby is my guitar, and I need him." This is the kind of passionate love that such songs were meant to be written about, after all. Or, perhaps you should simply take note of their self-description: "Thunderbitch. Rock 'n' Roll. The end."

Keep up to date on the group's doings via their Facebook page -- this is a crew you're going to want to keep an eye on.
- Google Lauren Sloss
Streaming source: http://soundcloud.com/thunderbitch/my-baby-is-my-guitar
TOUR DATES
View all X tour dates for . 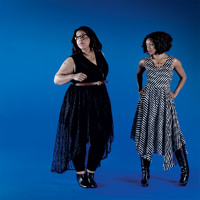 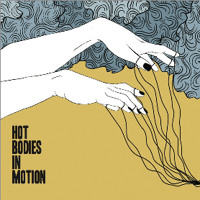 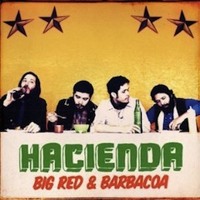