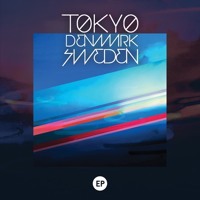 Hugh McClure
Published:
Oct 05, 2012
Total plays:
48,195
Saved:
240 times
Sounds like: Passion Pit, Yeah Yeah Yeahs, Metric
Tags: indie pop, electro-pop, synth-pop
Why do we like this?
Sydney's Tokyo Denmark Sweden are one of those groups who keep popping up all over my life - supporting a band I've gone to see (including RÃœFÃœS and Parachute Youth recently), on the radio, and on my Facebook and Twitter feed.

Their music is just as eye-catching (or ear-catching), and they're due to release their debut EP next month. The EP's first single "Little Quarters" already received plenty of local web and radio attention, and their second offering is bound for the same treatment.

"Lights Out" is upbeat and punchy, highlighted by the group's savvy production and Amy Pes' catchy vocals. This is a group who you'd class as a "Party Starter" given the abundance of driving synth and percussion lines.

With plenty of support already, their EP is bound to be well received, with the group about to embark on a national tour to celebrate.
- Google Hugh McClure
Streaming source: http://soundcloud.com/tokyodenmarksweden/lights-off-tokyo-denmark
TOUR DATES
View all X tour dates for .