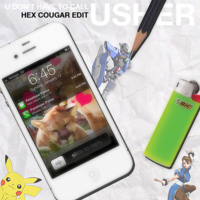 Usher U Don't Have To Call (Hex Cougar Remix)

Yes, we are covering this remix of Usher. While our typical coverage is about an artist more on the indie side of the spectrum, we don't discriminate between good music, and Usher definitely fits into that category.

Let it be known that I am guilty of first-degree love for throwback R&B jams.  Come to think of it, I don't know many humans that don't like a good Usher track.  I even remember when I went to The Warehouse back in the day to buy Usher's CD single of "Nice & Slow."  There's so much nostalgia in that last sentence that I feel like I'm 16 years old and back in high school -- it's awesome.

Such was the case when I saw Usher's UR Experience tour stop in the Bay Area last night.  At first, I thought I was going to a show with a bunch of teenie-boppers, but no, everyone was a tad older and probably fans from day one like me. Usher opened his show with "My Way," which got things moving on the right foot.  Speaking of foot, homie can still dance.  Not only can he dance, but his vocals were still on point after 20 years in the game -- I was impressed.

Backed with a full band, dancers, and an elaborate production set, Usher's 2+ hour set was entertaining and full of all the hits.  My favorite bit came towards the end of the show where he did a little medley of a few different songs right before going into "Yeah!"  Even though that track may be played out and remind you of an old frat party or high school dance, the place went absolutely bonkers like it was the first time they've heard the song.  Or maybe they just got so excited because the throwbacks reminded them of that awesome high school dance party from 2001, who knows.

The remix of "U Don't Have To Call" is provided by Hex Cougar from Los Angeles.  Did you know the original was written and produced by Pharrell Williams in 2001?  Damn, time sure does fly by... 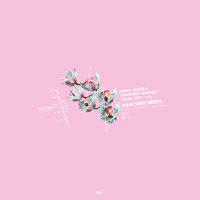 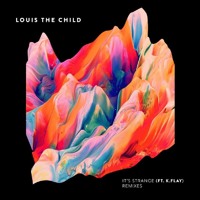