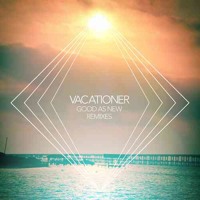 Anu Rana
Published:
Jan 17, 2013
Total plays:
3,983
Saved:
307 times
Sounds like: Teen Daze, Neon Indian
Tags: indie pop, remixes, dream pop
Why do we like this?
As a modern-day gypsy, I pretty much had Vacationer's "Trip" on an endless loop when it came out. I love it so much that it's been on my tumblr's playlist forever. Yes, I have a playlist on my tumblr. And now I can update it!

Vacationer has released the six-track EP, Good As New (Remixes) on iTunes. It took me awhile to settle on which track to post, but I've decided that first place goes to Silent Rider's remix. It gives me that sunny chill only available in paradise. It's walking along the ocean until finding the perfect beach hut, with the best music, to lounge in all day long. If you don't have that memory yet, then hopefully this track will inspire you.

Second place goes to Data Romance's upbeat dance version, for when the sun goes down, which you can enjoy on Vacationer's SoundCloud, along with the rest of the remixes. And to hear more from Silent Rider, aka Reed Kackley, visit the Brooklyn-based producer on Facebook, or ask him when he's going to be gigging in paradise next.
- Google Anu Rana
Streaming source: https://www.youtube.com/watch?v=Kf6V0ItQsb8
TOUR DATES
View all X tour dates for . 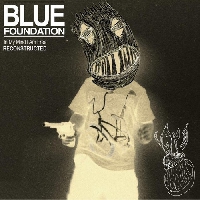