Hugh McClure
Published:
Jun 22, 2013
Total plays:
74,770
Saved:
427 times
Sounds like: Radiohead, Grizzly Bear, Thom Yorke
Tags: Electronic, indie rock, alternative
Why do we like this?
Sydney band Valar have always had a pretty typical sound to their music -- a great sound, but one that you could class as "typically Valar." Well, they've completely ruined my generalizations of them on their latest release, spinning off into a pretty different style of music.

The band have an EP on the way, with Chocolate Cake due out at the end of July. The EP's first release, "Astronaut," was what I expected from them -- one part Radiohead, one part Grizzly Bear, with plenty of other quirks mixed in.

"Anoesis," however, caught me by surprise, but a surprise that really excites me once I listened to the track a couple of times. Much more electronically charged, the sampling and drum programming really opens up in the last third, after spending the majority of the track as a back-up to vocalist James Blackwood's Yorke-esque vocals.

This new twist really does it for me, and I really respect the fact that they've looked outside the box on "Anoesis." I'm really interested to hear what else they have in store for us on their EP.
- Google Hugh McClure
Streaming source: http://soundcloud.com/valar-music/anoesis
TOUR DATES
View all X tour dates for . 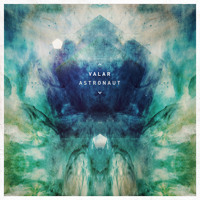