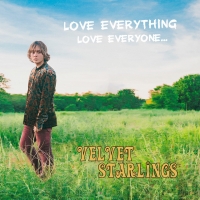 The Velvet Starlings are here to remind us that rock isn't dead. As a huge classic rock, garage rock, punk rock, everything rock fan, I get excited to hear artists that aren't afraid to utilize retro elements and bring them to the foreground. In this case, the 17-year-old (holy crap???) artist, Christian Gisborne, incorporates fuzzy, '60s sounds to a contemporary backdrop.

This track is featured on the Velvet Starling's second album, Love Everything, Love Everyone... and was recorded by Josiah Mazzaschi (Jesus & The Mary Chain) and mastered by Brian Lucey (Arctic Monkeys, Black Keys, and Cage The Elephant) then released via Rock N Rolla Records.

If not made clear, Gisborne's early musical influences include The Doors, and British Invasion staples: The Beatles, The Who, and The Kinks. The impact of these artists is transparent when listening to "Bitter Pills" and his other releases. Hope you enjoy! 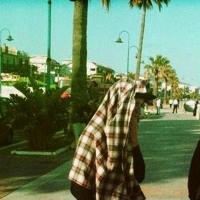 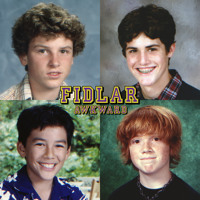