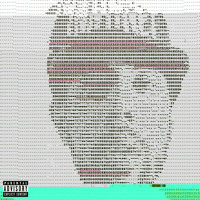 Mensa has been on the cusp of crossing over from the underground for a number of years now, but with #INNANETAPE, he is set to become a household name. Today, latest single "YNSP" has hit the Interwebs, featuring a beat from DJ Dahi and guest vocals from UK songstress Eliza Doolittle.

A formidable lyricist, Mensa uses "YNSP" to discuss where he's come from and where he's going, with clever word play and a damn catchy chorus to boot. Doolittle's sugary vocals suit the track well, as she continues to build on her impressive list of cameo appearances this year.
- Google Tobias Handke
Streaming source: https://www.youtube.com/watch?v=r7B8KYfD7qs
TOUR DATES
View all X tour dates for .